Sunday 19th July was a morning to my likings. Sleep in, brekkie on the front porch, reading the paper.
But we had decided to take Issi on a Sunday hike, and the destination was Ramstadslottet. The only thing I knew about Ramstadslottet, it wasn’t a castle (slott = castle/palace). It’s a hill, the third highest in that forest area, with its peak at 394 meters. 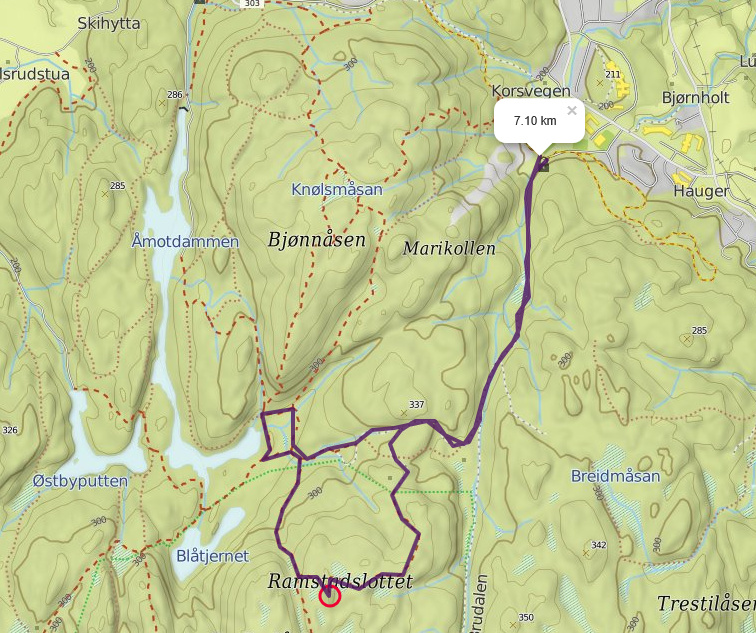 We packed our backpack, put Issi in the trunk (caged of course) and did our first stop at a gas station to buy some sodas and snack. Water was of course already in our backpack. 🙂 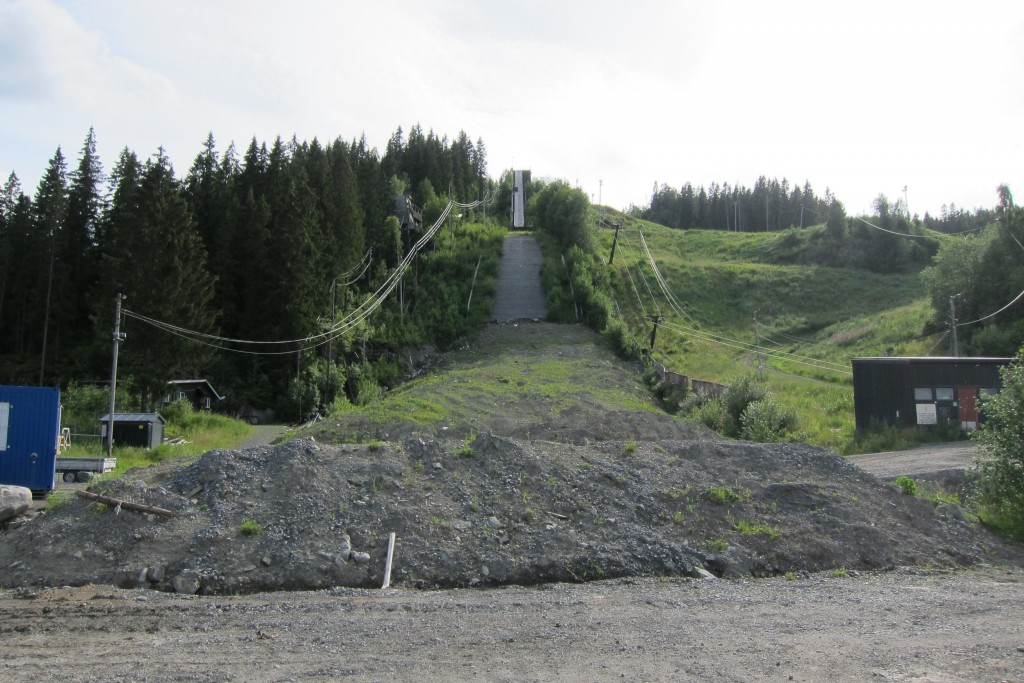 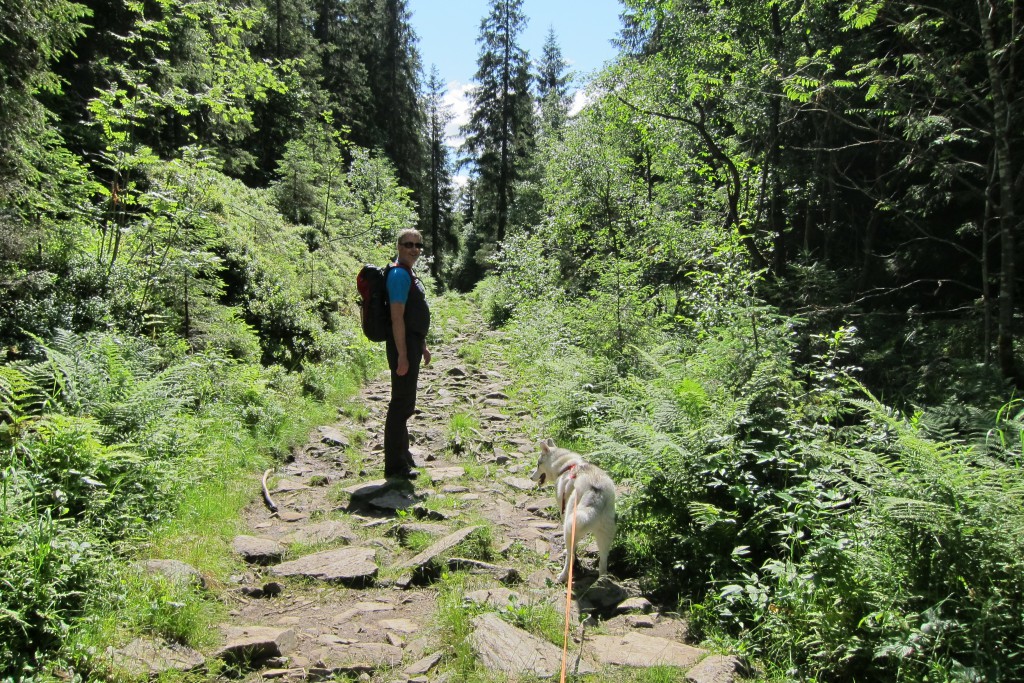 This time we parked at a cross country skiing arena. There’s a walking path that leads straight into the forest from that parking lot, and it’s only 4 kilometers to Ramstadslottet.
The path goes quite uphill at once so it seems as we’re walking even longer than we actually do. We had not walked far before Issi bounces into the bushes and returned very satisfyed with a mouse! Poor mouse! I got it out of her mouth, unharmed but very frightened. 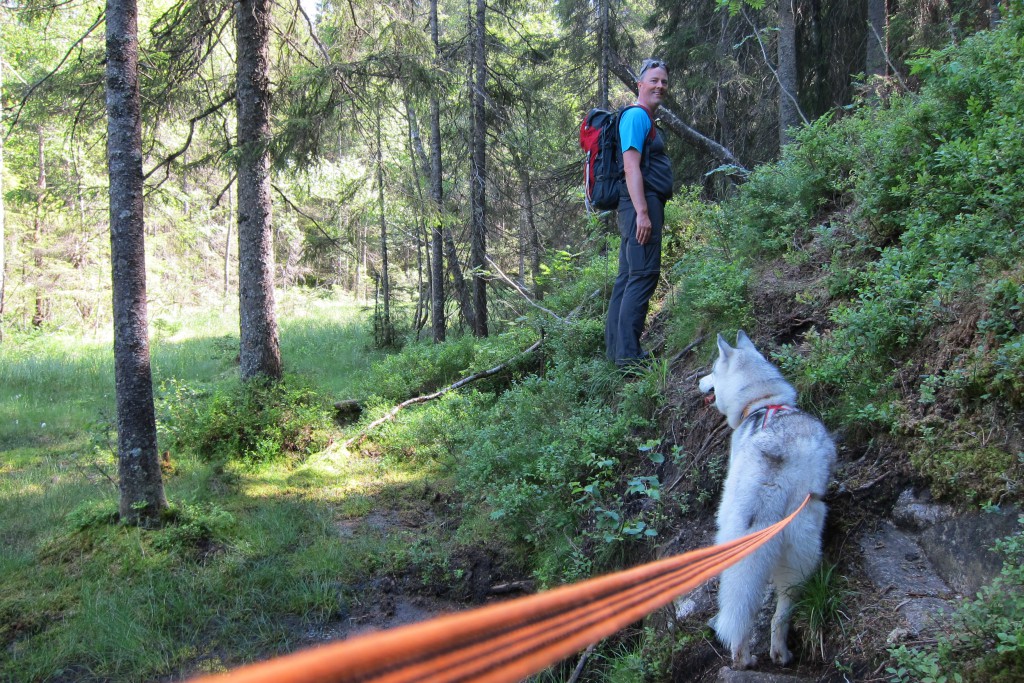 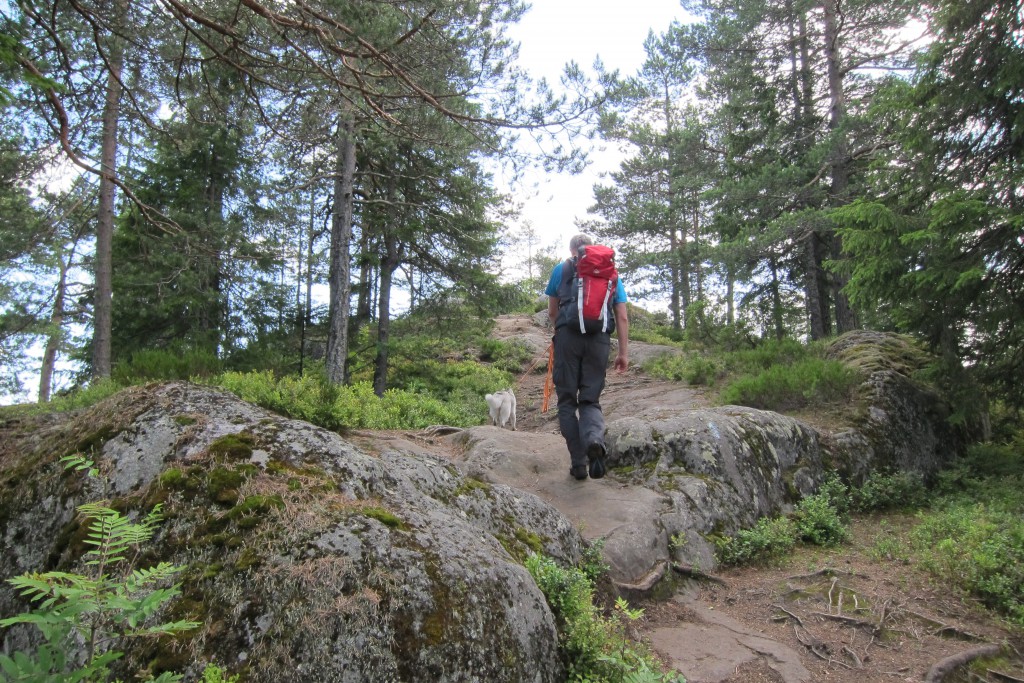 After a few hundred meters the path flats out, and further on the path splits. We continue on the path going right, and again the path goes uphill. We’re passing both a Red Cross cabin and a scouts cabin on our way.
Several places are very marshy and we have to climb to avoid getting stuck in it.
It’s actually a very pleasant trail this one, not to steep. Not until the very last bit.
The thing that makes this hill so spectacular is the fact that the very peak is “naked”. No trees at the top. And three of the hill sides are to steep for any trees to grow too close, so the view is awsome! We were even able to see our neighbouring area. 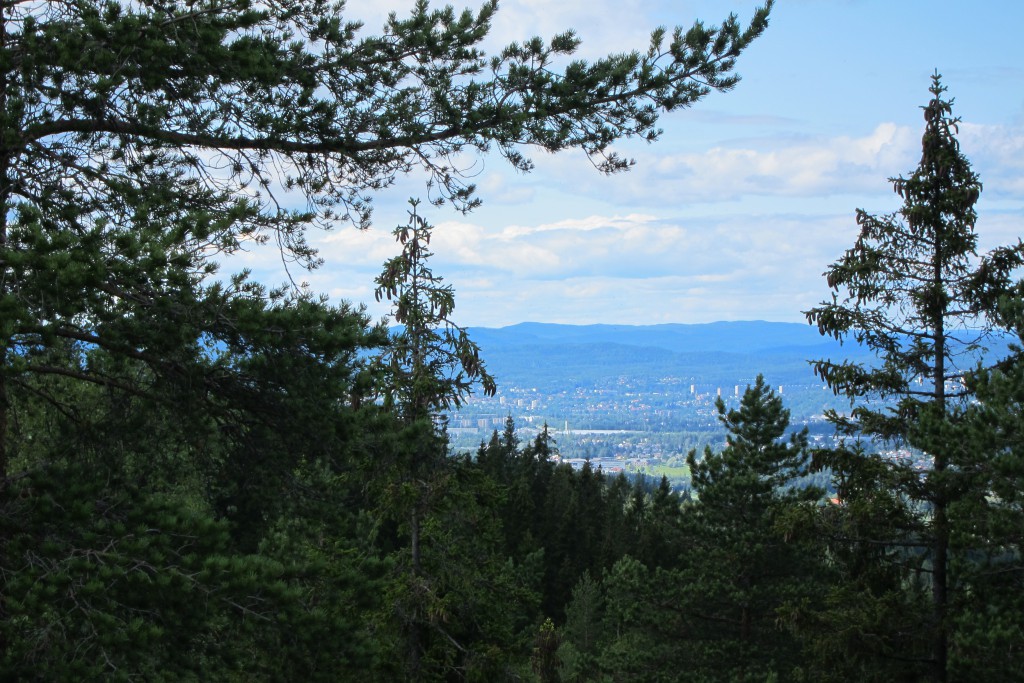 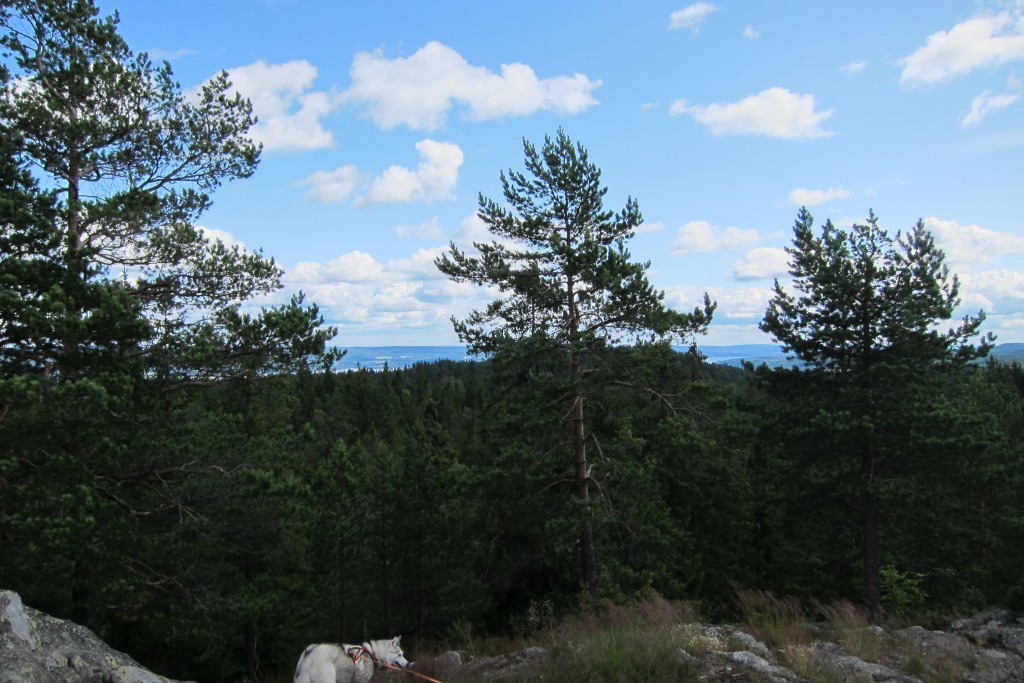 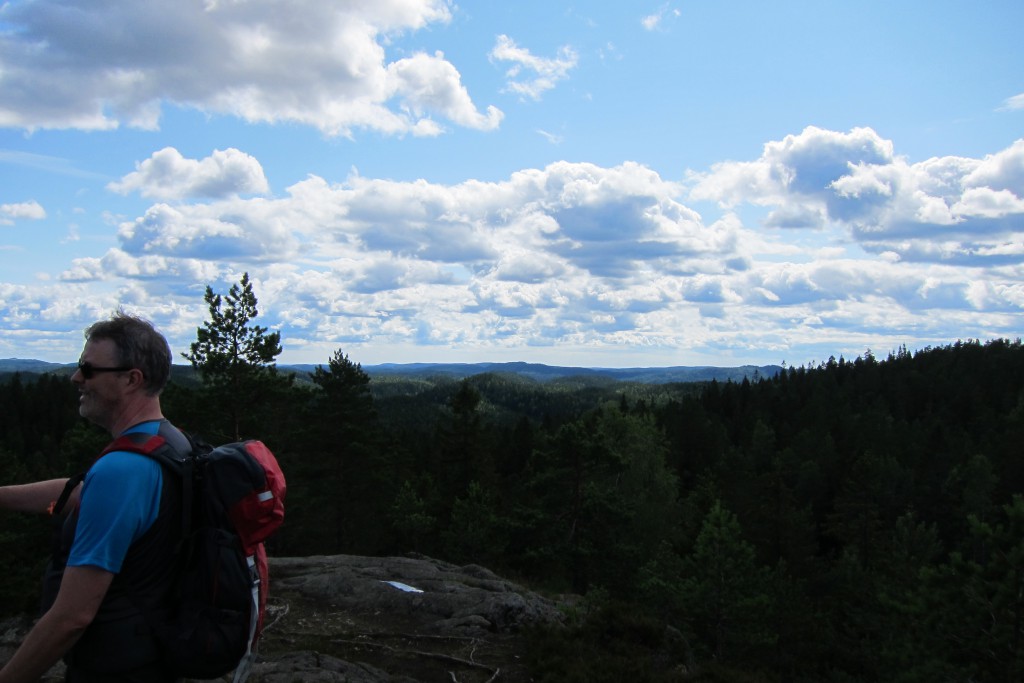 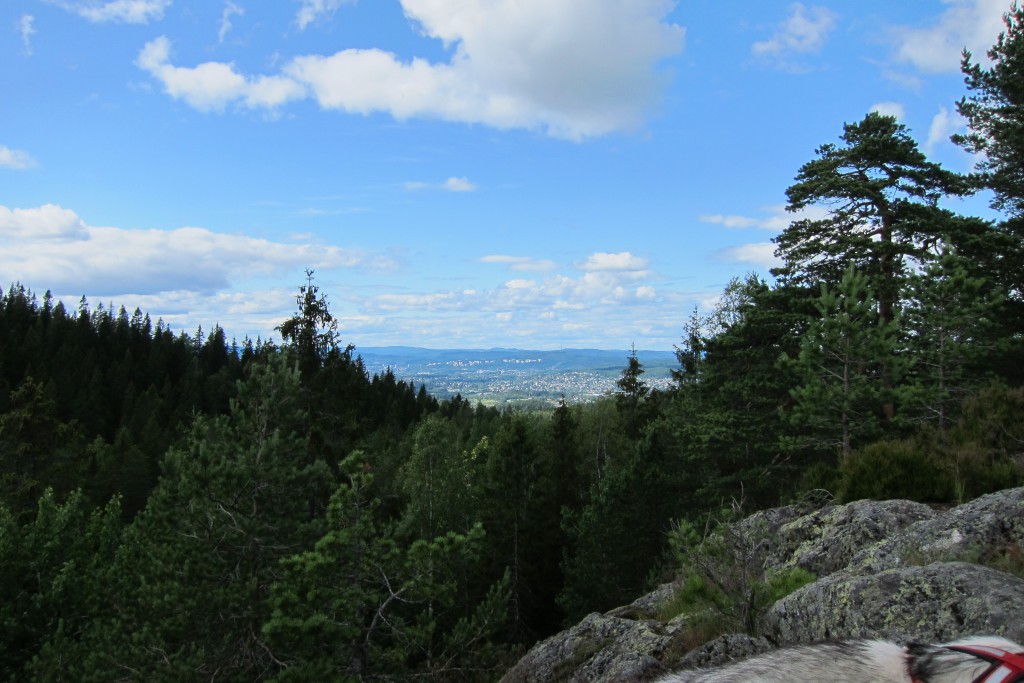 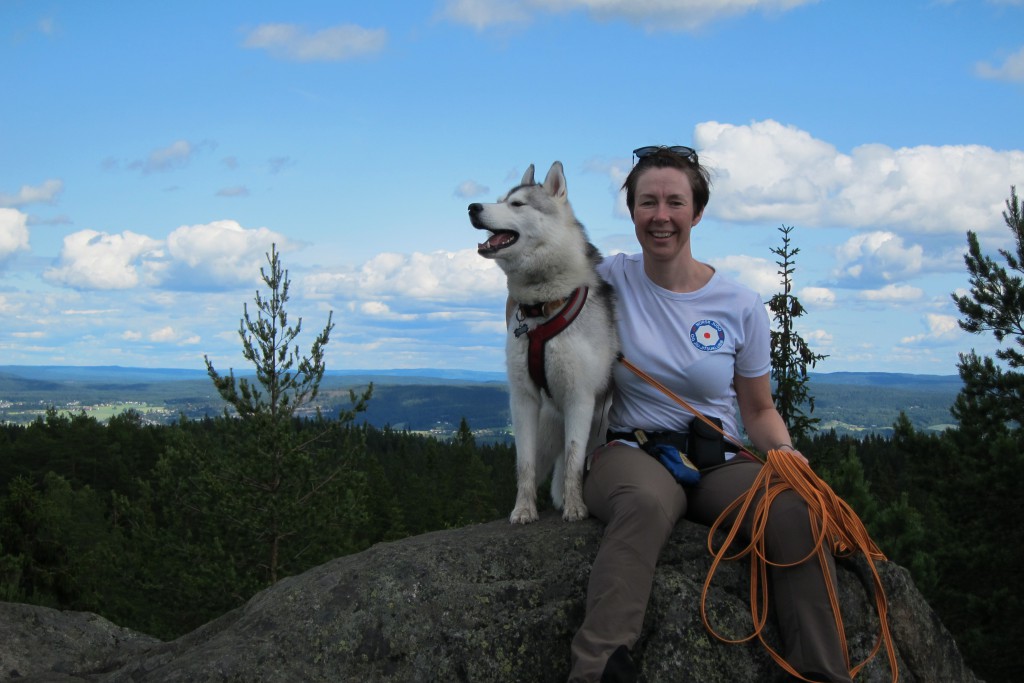 It was quite windy that day, but we found a nice spot where we sat for a while. Issi were also given a chewable treat.
As most places in that forest area, Ramstadslottet is a popular destination. Several others entered the top while we sat there. Some left after like five mins, others sat down for a while just like us. 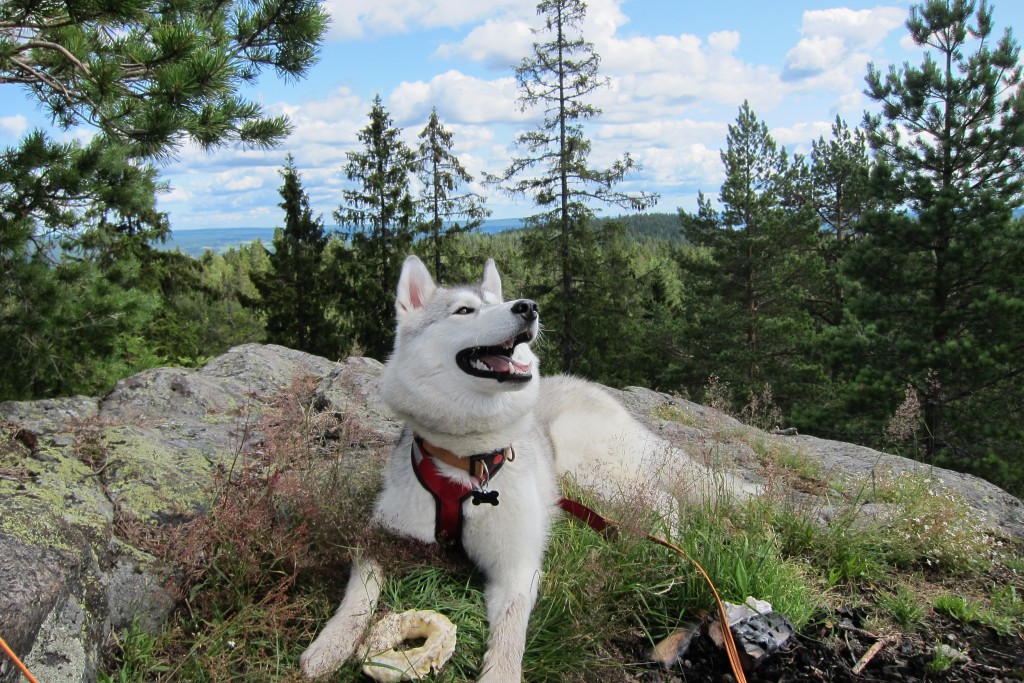 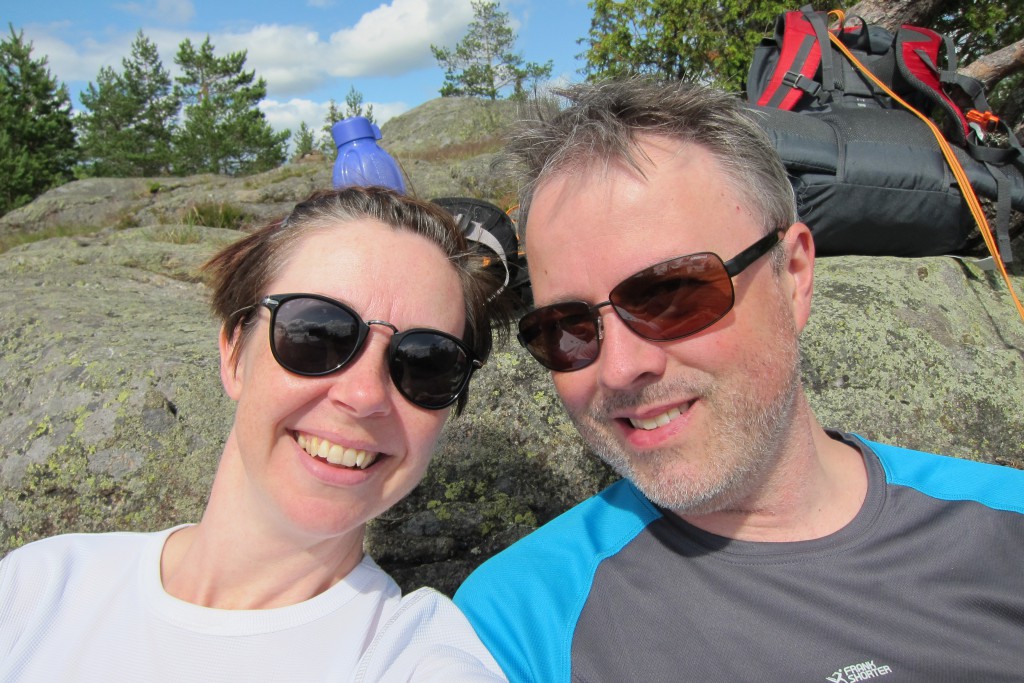 After about 45 mins, it was time to move on. We chose another route down to be able to have a round trip, instead of just going back and forth. Suddenly Issi jumped into the bushes again, and again she had cought a mouse! Unfortunatly this wasn’t just as lucky, this one died. But she was not allowed to eat it!
Parts of the sourrounding areas of Ramstadslottet has been made a nature reserve which is easy to understand as the vegetation is very special. It’s almost like walking in an enchanted forest. 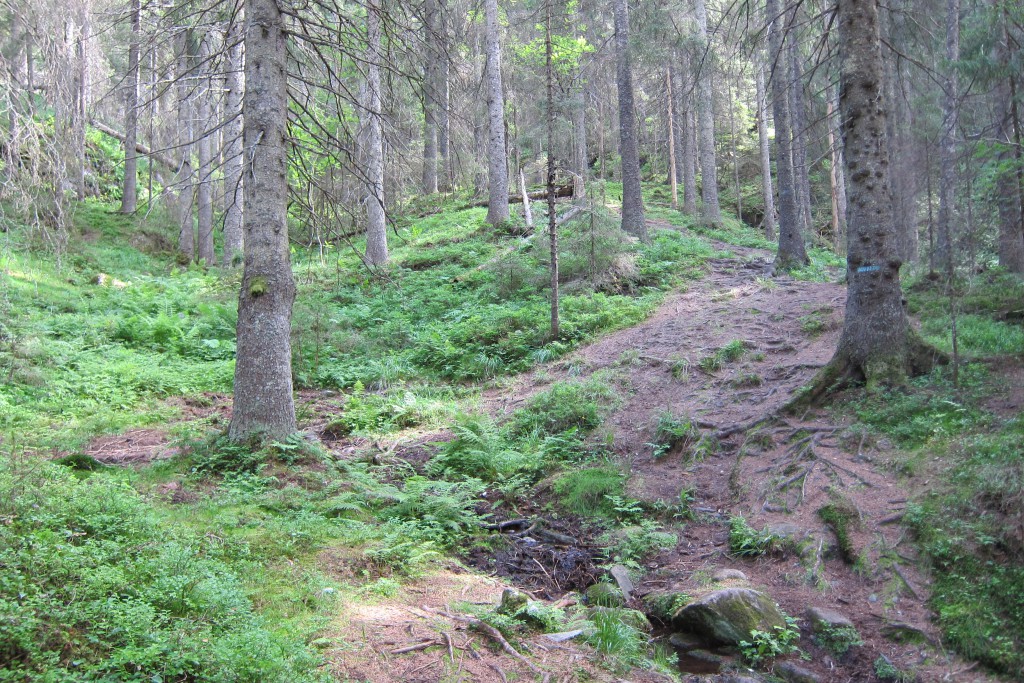 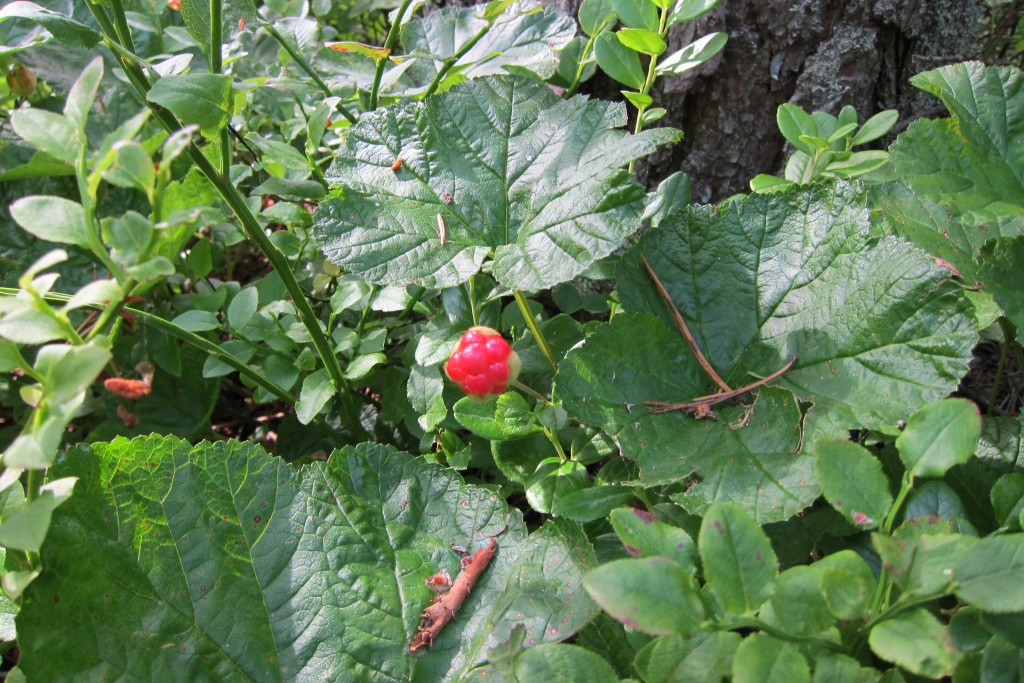 We continued to a lake, thinking it would be possible to go for a swim. Well, not in that end of the lake! To overgrown. So instead we sat on the ground for a few minutes, watching what appeared to be some sort of Budhist camp across the lake. Right in the middle of the forest… 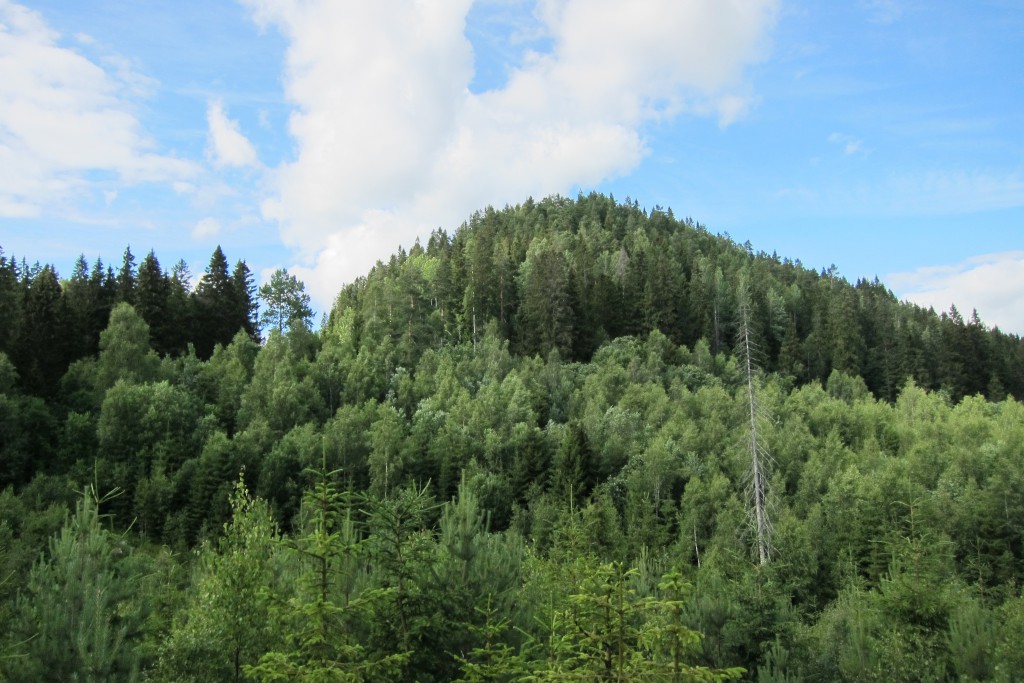 After that, we chose the easy trail. Instead of crossing yet another hill we chose a trail that would end up on the one we originally came from, passing the Red Cross cabin.
Again Issi made an attempt for the bushes but I held her back and the toad was able to continue across the path to the mud.

Nothing more exciting after that. The car was hot as a tin can! Good thing it’s got AC and we only had a 10-15 mins drive back home. 🙂